LONDON: A startup that pioneered the use of stem cell generated blood cells to treat seriously ill patients has won a $500,000 grand prize at the inaugural Aviram awards in Dubai in recognition of the firm’s contribution to one of society’s most pressing challenges. 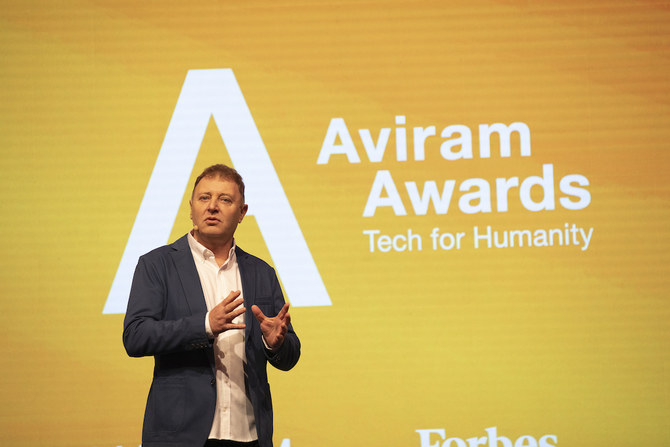 The prize was accepted by Ari Gargir, co-founder and CEO of RedC Biotech, which has produced breakthrough work in the treatment of disease and trauma patients.

A Jordanian inventor who has led improvements in sanitation work, especially among refugee communities, and a developer of robotic beehives, an initiative that has helped safeguard the ecosystems of one of the world’s most important insects, were also honored in the awards on Wednesday.

The awards were sponsored by Israeli billionaire Ziv Avarim’s Family Foundation, in conjunction with Forbes, and focused on “Tech for Humanity” — a concept billed as a “celebration of pan-Middle Eastern entrepreneurship, technology and collaboration — and of the inspirational people who are making a positive social, environmental or human impact in the region.” 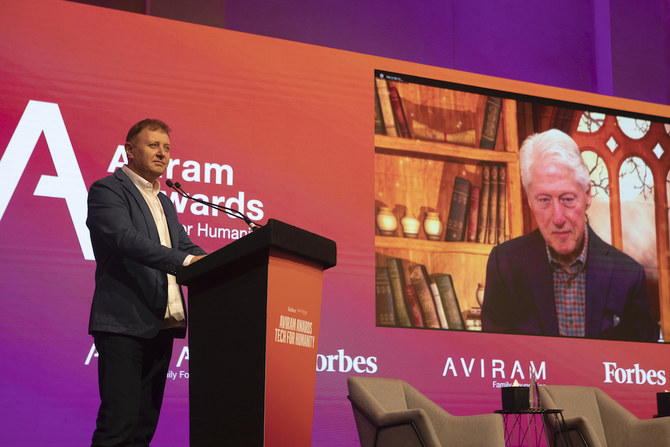 Hundreds of entries were whittled down to a shortlist of five from across North Africa and the Middle East.

Gargir told Arab News:  “I am shocked, excited and honored. The award will help us to move forward and bring more scientists in. We have a lot of work ahead of us. Saving lives is our goal.”

The winner of the second prize, Bara Wahbeh, took home $100,000 in recognition of work his company, Akyas Sanitation, has done to provide efficient sanitation that could help some of the world’s most vulnerable communities.

His design uses special technology to produce an integrated system that requires no energy or infrastructure.

“I was inspired when I saw the conditions of refugees in Turkey and, later, in Yemen with the cholera outbreak,” he said.

Wahbeh told Arab News: “It’s difficult not to feel affected while you’re in the field and see the damage cholera has brought in Yemen.”

Bees play an essential in the production of fruit, vegetables and even clothing supplies, he said.

“Beeswise has proven the ability, for the first time in history, to save bees and prevent their colonies from collapsing.” 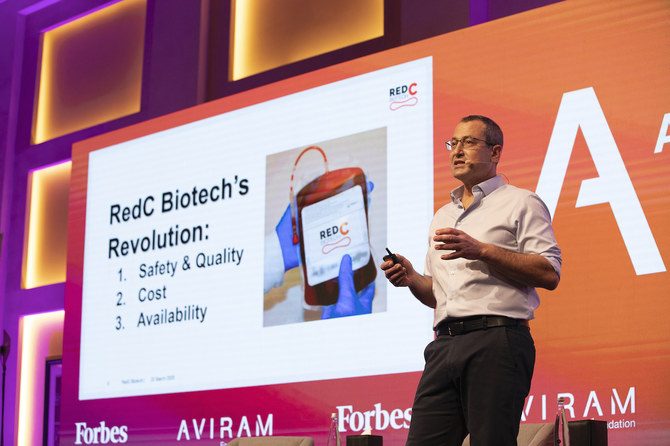 Ziv Aviram said the landmark event honored technological innovation that contributes to the betterment of humanity.

“We are happy to hold the event in Dubai as it represents what vision and technology can do,” he told Arab News. “The key element in this project is promoting the idea of contributing business with humanity.”

In his speech, Aviram quoted Gandhi, saying: “Be the change you wish to see in the world,” and adding: “We are the change, just by being here today. Let’s raise the flag of awareness, combine business with humanity and contribute to society. This is a benefit for all humanity and we ought to spread it widely to all the people.”

Speaking about AI, which was at the center of many of the entries, he said: “Is it to replace or empower the workforce? We should make the latter the choice. We all need the dignity of work, for purpose, for our life and family.”

Clinton said that the Middle East had proved its worth as a haven of technological innovation, led by talented entrepreneurs and committed humanitarians.